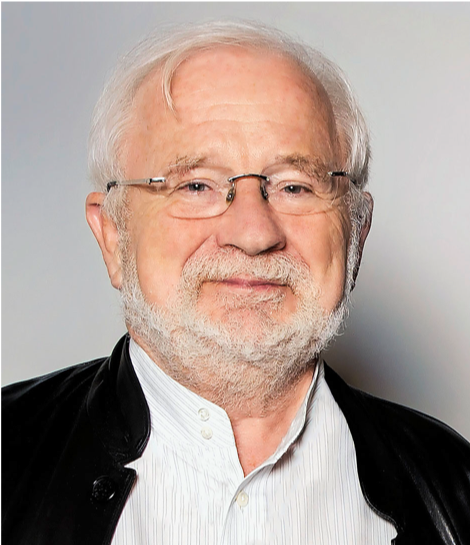 Paul M. Vanhoutte (1940 – 2019), a native of Belgium and citizen of the world, studied medicine in Ghent and did his PhD at the University of Antwerp. His academic career started at the University of Gent under the mentorship of the then famous physiologist Isidor Leusen and continued as a research associate with the eminent physiologist John Shepherd, at the Mayo Clinic and Mayo Foundation in Rochester Minnesota, USA. In 1973 he became chair of pharmacology at Antwerp University. With his fellow Jo de Mey he published pioneering studies on endothelium-dependent relaxation of blood vessels.

In 1981 he returned to Rochester to become Professor of Physiology and Pharmacology at the Mayo Clinic and Mayo Foundation, which turned out to become his scientifically most productive period. He was the first to show that the then so-called endothelium-derived relaxing factor (EDRF) was inactivated by superoxide suggesting that EDRF might be a small molecule such as nitric oxide (NO) as shortly thereafter proposed by Robert Furchgott and experimentally proven by Salvador Moncada.

In 1989 he moved to the Baylor College of Medicine in Houston, Texas, USA to run the Center for Experimental Therapeutics and in 1992 he accepted the position as Vice-President Research and Development, and Director of Discovery Research at the Institut de Recherches Internationales Servier, in Courbevoie, Paris, France. In 2002 he become Distinguished Visiting Professor and Director/Founder of the Biopharmaceutical Development Centre, at the Faculty of Medicine, University of Hong Kong where four years later he became the Head of the Department of Pharmacology and Pharmacy. Since 2015 until his death, he was permanent Visiting Professor in the same department, continuing to co-supervise PhD students and to advise senior investigators of the department. In addition, he was visiting professor at the Center for Molecular Cardiology at the University of Zurich, Switzerland and at the Department of Physiology in Odense in Southern Denmark.

Beyond that, Paul Vanhoutte was a superb mentor who fostered the career of numerous young clinicians and scientists. Indeed, many of his fellows are and were holding chairs in the United States, Japan, Australia, Switzerland, Denmark and many other countries. In Switzerland, Paul Vanhoutte trained numerous cardiovascular scientists, including Thomas F. Lüscher, Zhihong Yang, Felix C. Tanner, Chantal Boulanger, Georg Noll, Giovanni G. Camici, Alexander Akhmediv and Isabella Sudano. Since almost 10 years he has been a Visiting Professor at the Center for Molecular Cardiology of the University of Zurich with 2-3 visits per year and extensive meetings with the fellows of the center.

Paul Vanhoutte will be remembered because of his humour and for his famous quotes: «The tissue never lies» or «I feel a paper coming up» when seeing impressive novel data.

Paul, we will truly miss you!