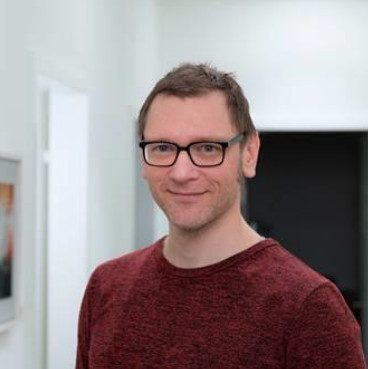 Stroke, Myocardial Infarction and CV Death. Cardiovascular diseases (CVD) are the leading cause of death globally. An estimate of 17.5 million people died from CVD (roughly 7.4 million and 6.7 million deaths from coronary heart and stroke in 2012, respectively, or 31 % of all global deaths, more than from any other cause.

Stroke is the major cause of, in large parts, irreversible disability and myocardial infarction the major cause of death. Stroke, myocardial infarction and CV death are caused in large parts by hypertension, lipids, diabetes among other factors. While hypertension is the leading CV risk factor in the aging Western societies and generally easy to diagnose and treated with antihypertensive drugs, the marked blood pressure peaks and deep hypoxemia occurring during OSA episodes at night are usually overlooked and therefore remain underdiagnosed and in turn undertreated. However, OSA is responsible for a large number of strokes, myocardial Infarctions and CV deaths that are preventable, if OSA is diagnosed early and effectively treated with weight loss, sleep position tools, alcohol, tranquillizer and drug restrictions, CPAP (Continous Positive Airway Pressure) or even surgical interventions.

Mechanism of Obstructive Sleep Apnea. OSA is characterized by intermittent obstruction of the upper airways. This occurs particularly in the supine position and hence during sleep and is related to loosing tissue (aging), phyryngeal muscle relaxation (alcohol, benzodiazepines among other relaxants) and fat disposition in the retrophyrynx (obesity). 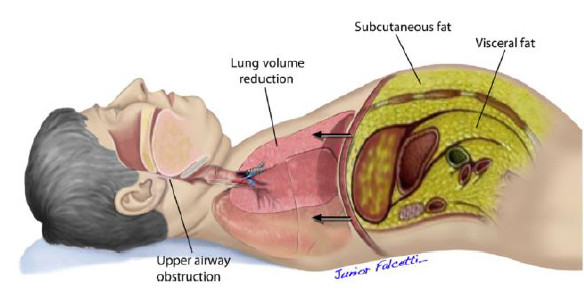 Figure 2: Mechanism of obstructive sleep apnea in the supine position during sleep. (JACC 2013)

Particularly with a dorsal supine position during sleep, obstruction of the upper airways leads to abnormal breathing with hypo- and eventually apnea and as a consequence severe oxygen desaturation of the arterial blood. Hypoxemia in turn activates chemoreceptors in the carotid bulbus that stimulates the sympathetic nervous system with release of catecholamines, vasoconstriction and marked raises in blood pressure up to over 200 mmHg systolic. Elevated blood pressure, particualry when intermittently occuring is a major risk factor for CVD and in particular for ischemic and hemorrhagic stroke. Furthermore, the hypoxemia-induced activation of the sympathetic nervous system together with hypoxia increases heart rate and myocardial oxygen consumption and can cause ischemia, particulary in those at risk of or with coronary artery disease. The increased blood pressure provides increased shear forces in the coroanry arteries leading to atherosclerotic plaque destabilization rupture which in turn may trigger myocardial infarction and CV death.

Management and Unmet Need of OSA: Effective management of OSA, particualrly with CPAP (Continous Positive Airway Pressure) has been shown to reduce stroke, myocardial Infarction and CV death, if performed early and regularly. To apply effective treatment of OSA such as CPAP among other measures, requires reliable and easy to us diagnostic tools. This however is currently a major stumbling block as (1) OSA is not commonly suspected by practinioners even in patients with daytime fatique and sleepiness (in part because they do not have a tool at hand) and (2) the diagnosis of OSA requires an overnight hospitalisation which requires paperwork for the refferal of the patient, is expensive (around 4’000 CHF/night) and inconvenient for patients, particularly for those who are professioanlly still active. Thus, the availability of an easy to use outpatient tool for home-based use is an unmet medical need that should be urgently addressed. This research group is focussing on developing such a tool in collaboration with a start-up company.

The work is based on the hardware developed as shown below and test and early trials in healthy individuals and patients with OSA is ongoing. 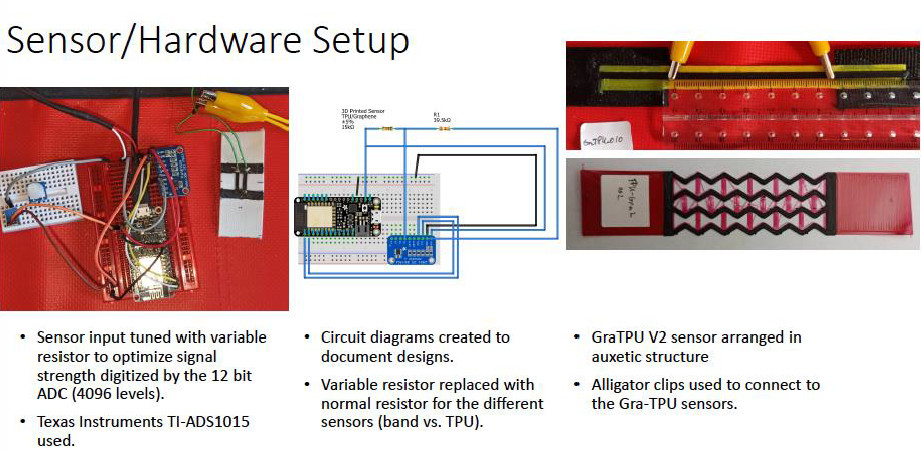