The current concept of atherothrombosis involves endothelial dysfunction induced by oxidized low density lipoprotein (LDL) cholesterol with concomitant production of oxygen-derived free radicals, activation of inflammatory pathways, inactivation of nitric oxide and upregulation of adhesion molecules. Endothelial dysfunction, therefore, not only involves an abnormal vasomotion, but also increased uptake of modified lipoproteins in the subintima, increased thrombus formation and adhesion and invasion of white blood cells, in particular monocytes and lymphocytes contributing to the formation of an atherosclerotic plaque. 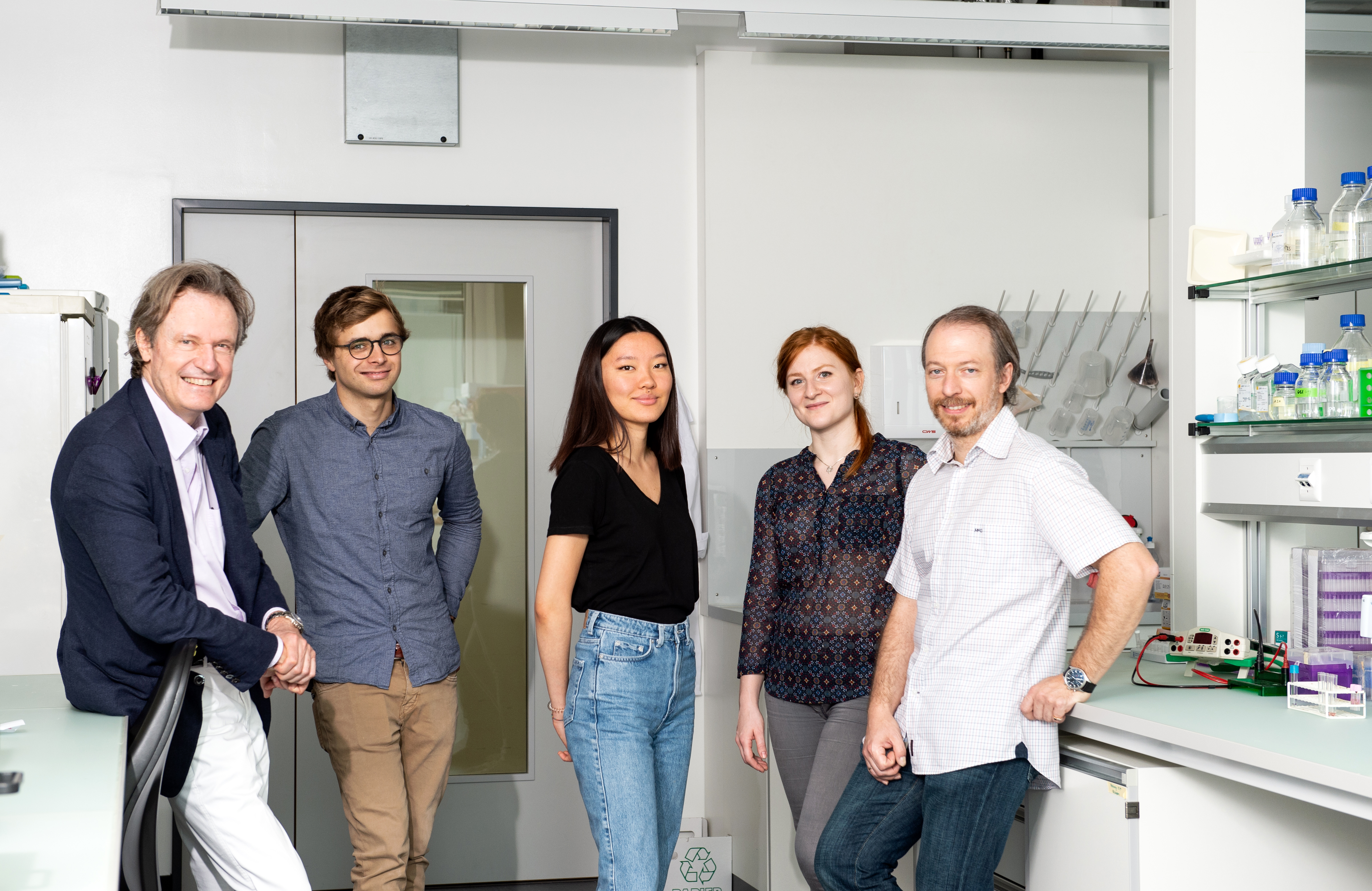 Furthermore, we investigated the role of LOX-1 overexpression for thrombus formation in the carotid injury model of the mouse. Surprisingly, in normal cholesteremic mice transgenic for the endothelial overexpression of the LOX-1 receptor, occlusion time was actually prolonged suggesting a protective effect of the scavenger receptor under normal conditions. However, if animals were exposed to a high fat diet to develop hypercholesteremia and increased levels of oxidized lipoproteins, thrombus formation in the injury model of the carotid occurred at early time points suggesting that the increased uptake of oxidized lipoproteins stimulates tissue factor and in turn contributes to enhanced thrombus formation under these conditions. These experiments again demonstrate that the LOX-1 receptor plays a crucial role in atherothrombosis not only for plaque development but also for thrombus formation.

Furthermore, as other members of the Center for Molecular Cardiology, this research team has also investigated the aging gene p66shc and its role in myocardial ischemia and infarction. Surprisingly, in p66shc-/- mice or wild type mice in which the adaptor protein was silenced by siRNA, myocardial infarction after ischemia and reperfusion was increased, particularly at an early time point, i.e. 30 minutes, but not at later time points suggesting that p66shc – unlike in blood vessels and the brain – has an protective effect against ischemia in the myocardium.

Ongoing projects now also focus on other molecules regulating longevity and aging such as GDF-11. This novel protein has been shown in parabiosis experiments, i.e. with a cross circulation of old and young rodents, an anti-aging effect as well as a preventive effect on left ventricular hypertrophy in experimental models. This research team currently investigates GDF-11 and its role in acute myocardial infarction in mice.