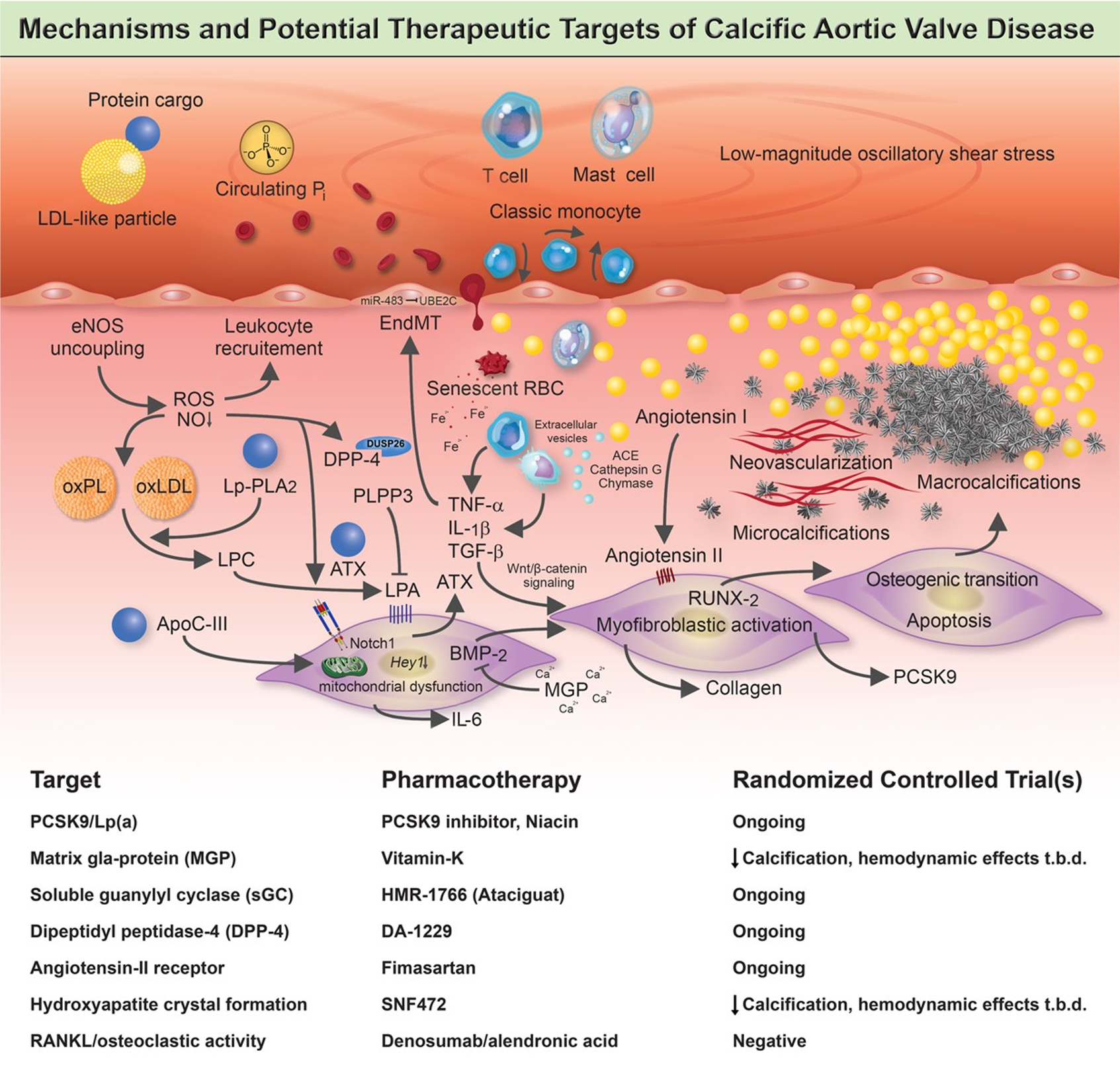 In this State of the Art Review published in the European Heart Journal, mechanisms and therapeutic opportunities of calcific aortic valve disease (CAVD), and in turn aortic stenosis, are comprehensively reviewed. Indeed, a complex network of cellular and molecular mechanisms underpins the pathobiology of CAVD. According to the current concept, disrupture of the endothelial layer covering the fibrosa promotes the uptake of oxidatively modified lipids (along with the protein-cargo they carry), red blood cells, and immune-cells, thereby promoting an inflammation-calcification feedback loop that results in fibro-calcific remodelling, leaflet stiffening and ultimately narrowing of the left ventricular outflow tract, with its dreadful clinical sequelae such as aortic stenosis, heart failure and premature death. Beyond LDL-C lowering by statins, other previously identified molecules, including PCSK9/Lp(a), mineral-binding matrix Gla protein, soluble guanylate cyclase, dipeptidyl peptidase-4 as well as candidates involved in regulating valvular angiotensin II synthesis and phosphocalcium metabolism, have been targeted pharmacologically in randomized controlled trials. While in some of these studies an attenuation of calcification burden could be observed, effects of target modulation on haemodynamic disease progression, a clinically much more relevant surrogate of disease burden, are uncertain and need to be rigorously assessed in future trial. Check out the full article at EHJ, now online ahead of print.